At the start of my last blog, I remarked on the three whole months that had passed since I last wrote something for our website. That blog was written in the early months of this year and published in March. That was six months ago – I appear to be getting worse!

Anyhow, moving swiftly on from my optimistically overestimated number of blog posts, to what the Buildings Team have been getting on with this year, and what I, the Buildings Trainee have been doing to get in the way. Since March, I have unfortunately had a significant amount of time away from the museum due to ill health, however since being back I am hoping to make up for the time that I missed.

The woodcarver, Colin, who I had hoped to meet earlier this year, kindly let me into his workshop last week for an initial visit. During our meeting, he showed me around the studio, introducing me to the projects that he and his team were part way through and also took me out on site for a quick tour around his current live project. As it was only the initial meeting I unfortunately don’t have any photographs to share, but if you are interested in the work of an extraordinary local woodcarver, check out the website www.lillyfee.co.uk

As it was my intention at the end of the last blog to explore the decorative side of conservation work, I have joined Colin and his team on one of their evening woodcarving courses with the intention of following up with some work experience. 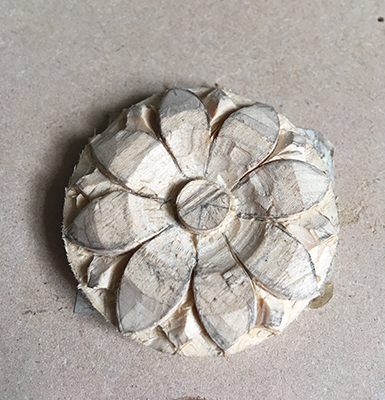 Although it doesn’t look like much, this piece is the result of the first hour and a bit working with chisels in an official woodcarving capacity. There is a lot of refining to do, however I’m pretty pleased with the outcome so far…it looks pretty much how it’s supposed to! 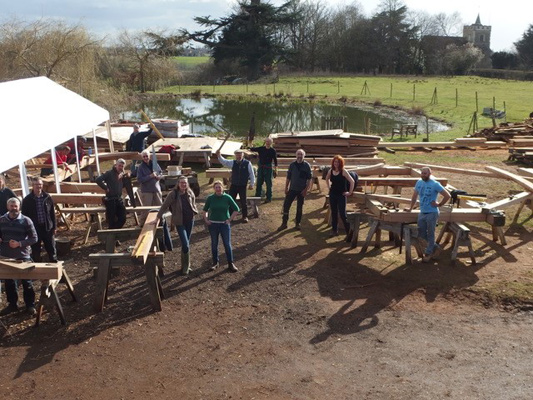 Also planned for this year was starting the elm barn in Tewin, using the timber collected from the woods in December. I attended a course, coincidentally alongside previous HLF Building Trainee Sam Rowland-Simms, and had an amazing time putting in to practice some of my slightly rusty framing skills. Lots of photos were taken over the frantic week working among the sprightly Spring lambs in the scorching* sun and the following snow. I also had the opportunity to re-join the course leaders, including Sam, for two days the following week. We spent those two days going over the previous weeks work, correcting any minor issues and starting the remaining cross frames.
*mildly warm, but enough for no sleeves. 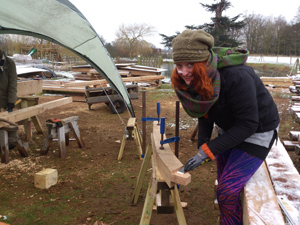 I had hoped to return to Tewin to continue assisting with the construction over the summer months, however my illness put the kibosh on that. The barn has since been raised and looks spectacular in the September sunshine. Hopefully, I will be well enough to return to help with the cladding, tiling of the roof etc. 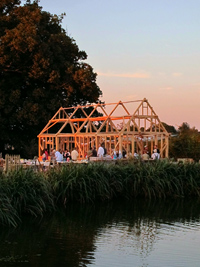 Returning somewhat closer to home, the Nissen Hut project is well under way and construction has commenced. The panels which John, myself and the volunteers have been putting together since the end of last year have started to piece together like a jigsaw…ish.

With each passing day, the Hut has grown in some way or another. This is my first build with the Museum and has been so incredibly exciting to be a part of. 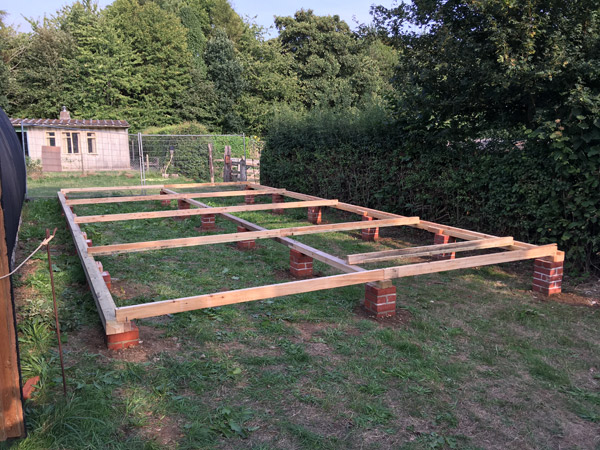 End of day one 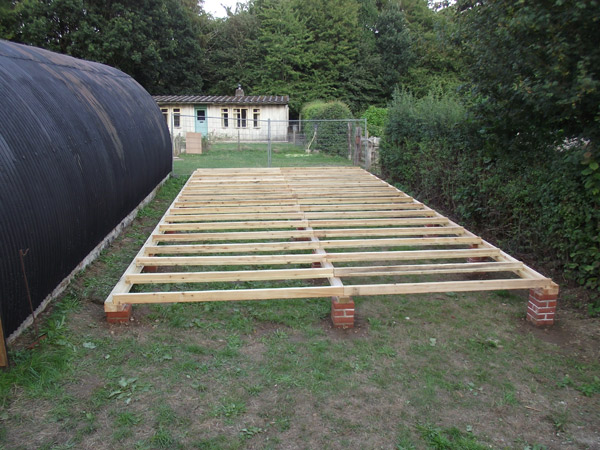 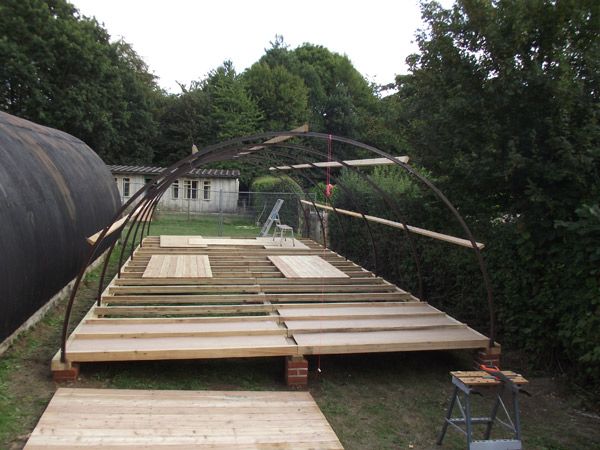 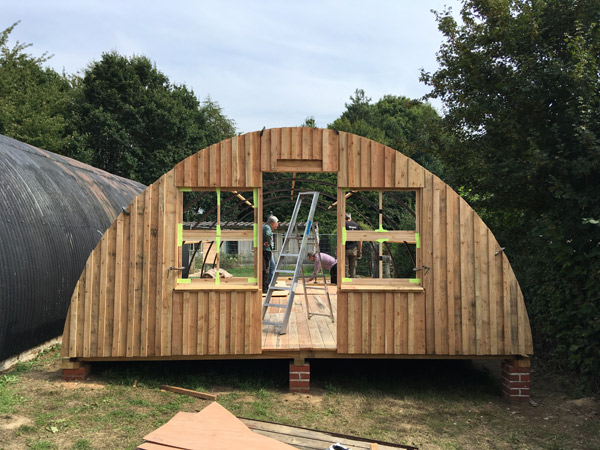 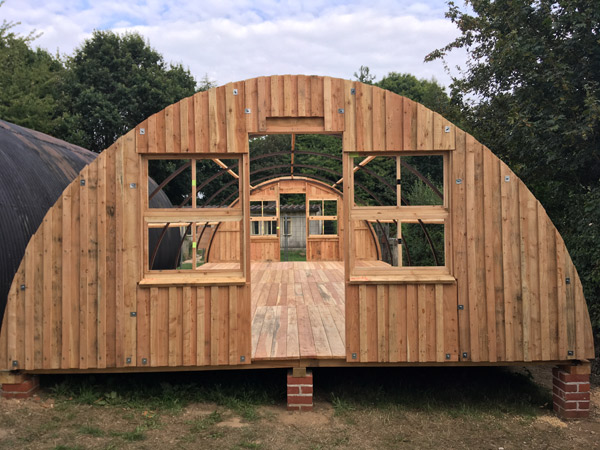 It was also this day that I decided to treat the volunteers…to a table during break for the paper cups of tea. I do know how to spoil the team! 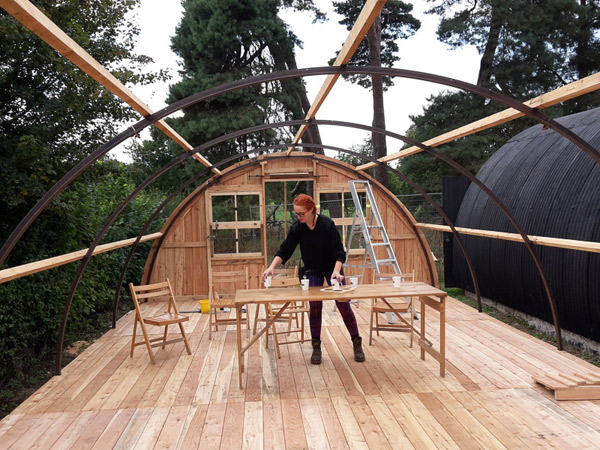 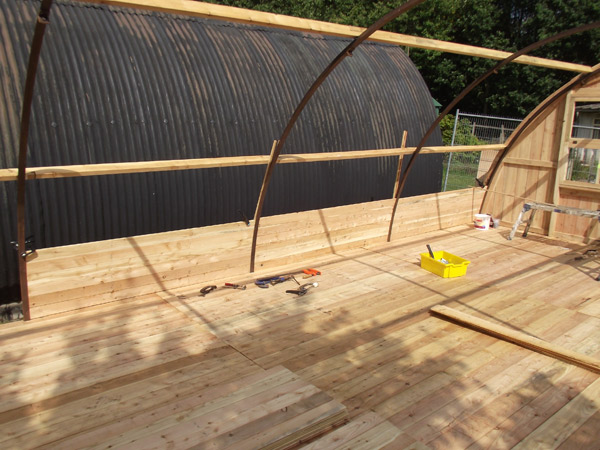 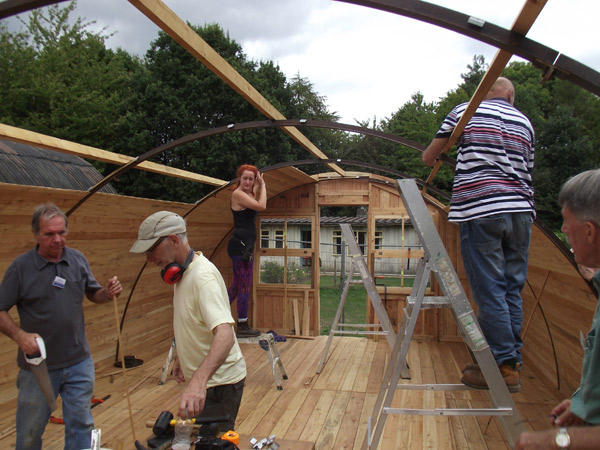 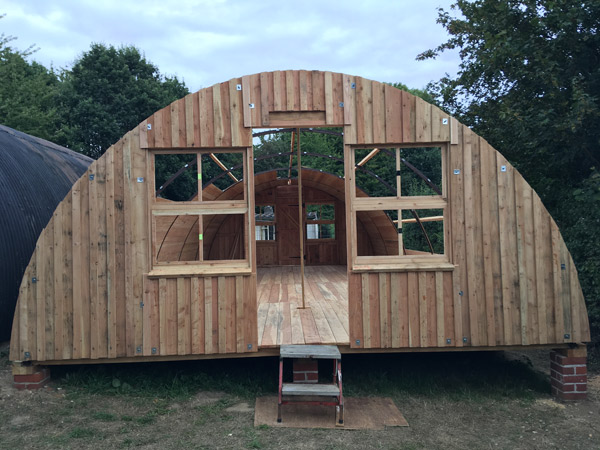 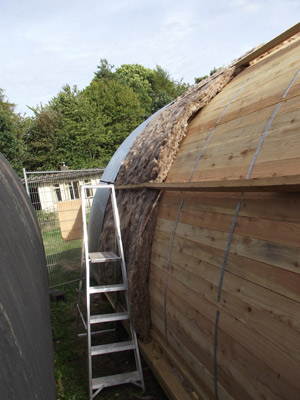 Part of the Hut build that I have had more involvement in is the linen windows. We knew from various records that these would contribute to the most accurate representation of the hut, yet none of us were 100% sure on how to do it. So after I researched oiled linen and oilcloth and determined what was useful for this project, the boss and I had a go at making windows. 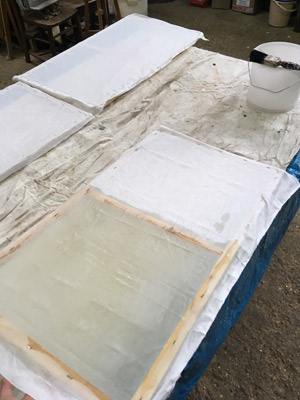 This image shows the difference in the linen after one coat of a 50% boiled linseed oil and 50% white spirit mixture.

These images show the difference in transparency after two coats of the same mix. 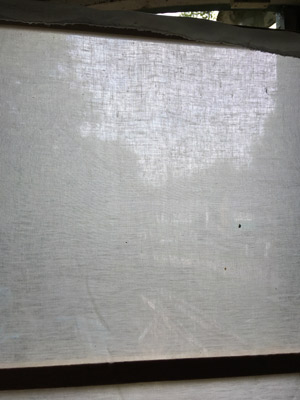 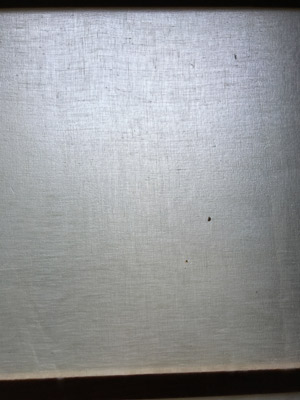 After quite a while drying, the windows were then fitted just in time for out Meet the Tommies event weekend in September at the Museum. 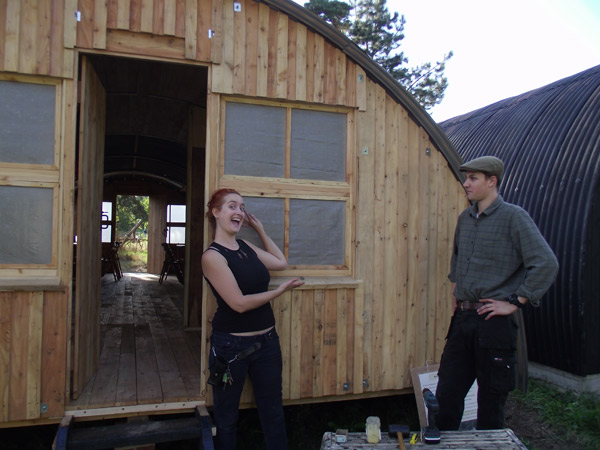 Conclusion of the oilcloth window experiment is that it worked pretty well and lets in a surprising amount of light to the hut. Notes for replacement windows: make the canvas tighter as windows shouldn’t billow! 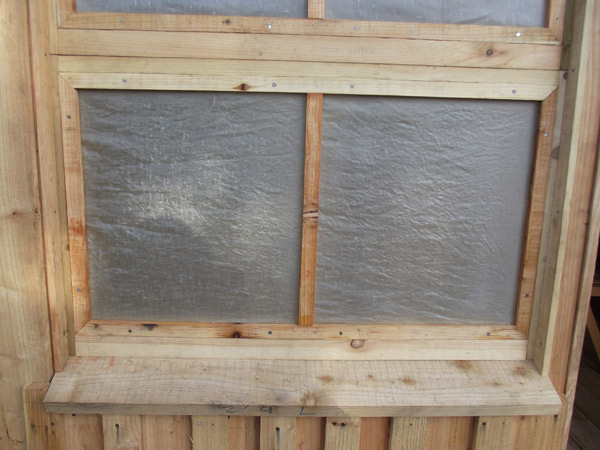 For the foreseeable future, completing the Nissen Hut will be our primary focus, with urgent maintenance and repairs fitting in as and when they arise.

The woodcarving course continues in to December, so I shall update you with my progress around Christmas time…no idea which Christmas it will be though.