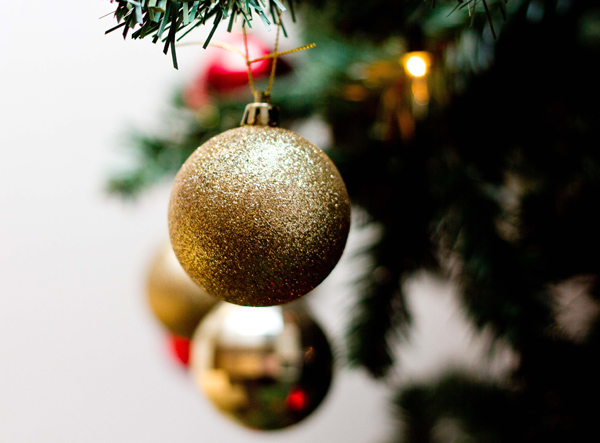 Oh Christmas, the most wonderful time of the year! A festive time to celebrate with friends and family, by eating turkey, Brussel sprouts and indulging in that all important, warm glass of mulled wine. These are just a couple of things that we associate with the Christmas period, but when did these traditions ‘become’ traditions, and were our ancestors celebrating Christmas in the same way as we are now? Many people have a favourite Christmas tradition, and we at COAM are no exception, so I decided to ask a few people around the office to find out their favourite thing about the joyful season.

Our Education Officer, Cathy, loves going to the Christingle services at Church on Christmas Eve, which involves lighting candles and singing hymns and carols. The Christingle services that Cathy loves today, are named after the Christmas Christingle, which is traditionally an orange, decorated with a candle, ribbon and various fruits and sweets, which each have their own significance. The Orange represents the world, the red ribbon often wrapped around the orange is the blood of Christ, the fruits and sweets pushed into the orange signify the four seasons, while the candle represents hope and Jesus’ light. Christingle means ‘Christ Light’, which is why many candles are usually lit during a Christingle service (whether inside an orange or not)!

Another popular aspect to the Christingle services, is singing Christmas carols and hymns. Lyndsey, the farm and site trainee loves the festive tradition of singing carols, as they bring people together, signifying warmth and support during the darkest time of the year. We call them carols after the French word Carole meaning circle dance, or song of praise and joy. Christmas carols were not of Christian origin, but rather pagan songs to celebrate the seasons. During the Victorian era, the singing of Christmas carols from door to door was revised and many singers would be given offerings of money and food, which is perhaps where the lyric ‘we won’t go until we get some’, comes from in We Wish You A Merry Christmas!

Although many households don’t celebrate Christmas as a Christian holiday, many of the traditions are still upheld and celebrated amongst family and friends, but in different ways. Adrian, the Outdoor Learning Officer here at COAM, loves to have a big meal with his family at Christmas, but not in the traditional way you would expect. Originally, wealthy households would eat a goose at Christmas, or even peacock served on its own plumage! Still in keeping with the tradition of eating a feathered friend, Turkey is usually the go to choice for Christmas now. However, Adrian’s family have never been a fan of the traditional roast dinner and instead serve an ‘all day buffet’ to gorge on throughout the day; Christmas is a time for eating after all!

Finally, it was time for me to consider what my own favourite Christmas tradition is, as I have always been the person that wants to start celebrating much earlier than one should! Therefore, my favourite tradition has to be the decorating of the Christmas tree. My home is not complete at Christmas without one, and I absolutely love the fresh, cosy smell of the pine needles. Although the decorating of Christmas trees dates back to the 1600s, it wasn’t until the reign of Queen Victoria that it became as popular as it is today. Victoria’s husband, Albert, liked to decorate a tree to remind him of Christmas when he was a boy growing up in Germany. The use of an evergreen fir tree, signifies hope and undying life, as well as reminding some Christians of the ‘Tree of Life’. For me, there’s nothing better than sticking on a few carols, while decorating the Christmas tree by the warm glow of the fire with family!