Ideal Gardens in the Prefab

At the close of the Second World War, as cities and towns were recovering from the devastation of bomb damage, there was a very real need to find homes for those who had lost theirs and for soldiers returning from the front lines. Luckily, the government was not blind to the problem and turned to an innovative and as yet little-known method of building – prefabrication. A quick fix was to build large numbers of temporary homes – or prefabs – that could be made in factories, speedily trucked across the country and bolted together by workers, often German and Italian prisoners of war, in a matter of hours. 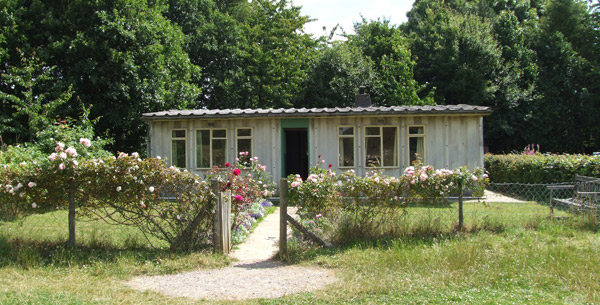 More than 150,000 of these jaunty one-storey homes rolled off the factory production line (although Churchill had plans for many more). At first somewhat suspicious of these new-fangled homes, residents soon grew to appreciate their new digs – finally, a home to call their own. And what a home! Every prefab had two bedrooms, hot running water, an indoor toilet and often a gas-powered fridge: mod cons that many could only dream of in war-time Britain. No wonder, then, that the prefabs became so loved. They were meant to last just a decade – a mere stopgap as the country got back on its feet – but many of the prefabs are still standing, with residents often fighting to hold on to them. 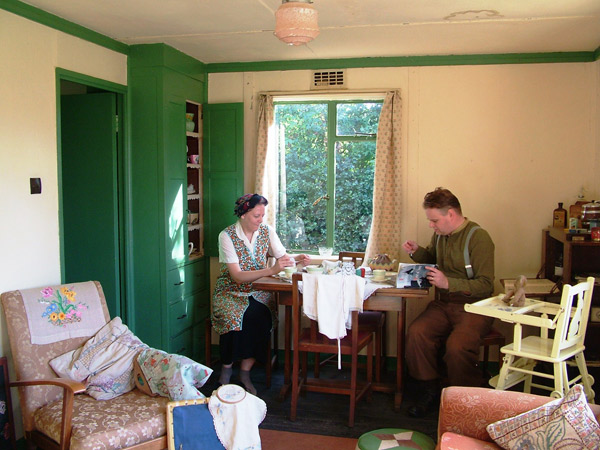 “The spacious bedrooms and living room, the integral drawers and cupboards, the huge windows the large garden and Anderson shelter coal shed were, to us, more palace than prefab,” recalls Neil Kinnock, who grew up in a prefab in Tredegar, south Wales.

Each prefab had a generous front and back garden and it didn’t take long for tenants to start using this new-found space to grow fruit and vegetables. The government encouraged this – How To Grow Food: A Wartime Guide helped people adapt to austerity, and the wartime Dig for Victory campaign was still on everybody’s minds. Also, growing fruit and vegetables was necessary – in 1947, bread and potatoes were rationed for the first time. Many supplemented their diets with apples, raspberries, gooseberries, strawberries and blackcurrants grown in their back gardens.

For those unfamiliar with gardening, help was at hand: the Women’s Voluntary Service (WVS) Garden Gift Scheme began in April 1946 to brighten and smarten up newly built prefabs, which often stood on little more than barren building sites or land only very recently cleared of bomb debris. Through the scheme, WVS volunteers collected plants and seeds from donors, often in the countryside, and delivered them to new residents. 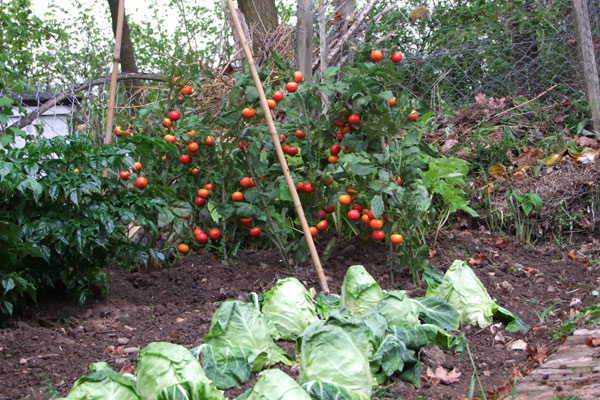 The popular WVS scheme asked for flowers, vegetable seedlings, shrubs, trees and hedging plants. It was taken up with such enthusiasm that a prefab garden even featured at the Chelsea Flower Show every year from 1947 to 1955, exhibited by the Women’s Voluntary Service. The WVS prefab garden included a replica of a prefab made from felt and stucco and the approximate amount of land usually allotted to a house. The exhibits aimed to demonstrate to visitors the best way to gain the most from their prefab plots, while showing how the gardens could be used as a means of self-sufficiency. The prefab garden was planted with all manner of flowers, along with a vegetable patch that included herbs which, during rationing, really drew interest from the crowds. The prefab exhibits proved to be a tremendous success and helped spread the word about the Garden Gift Scheme. And in 1949, the Queen Mother even sheltered in the prefab when an inopportune rainstorm hit the Chelsea Flower Show.

Visiting prefab gardens was very much part of the royal calendar. On 30 July 1947, Princess Elizabeth visited bombed areas in southeast London with officials from the London Gardens Society. “She particularly admired the prize-winning garden of Mr WC Bodger, a railway foreman, and asked if she might inspect his prefabricated house,” reported the Illustrated London News on 9 August 1947. Queen Mary was a particular champion and often visited prefab gardens in London. The WVS even ran a competition, offering a silver trophy presented by Queen Mary to the best prefab garden. A Mr and Mrs Hale won the prize in 1947 for their prefab garden in Bethnal Green. 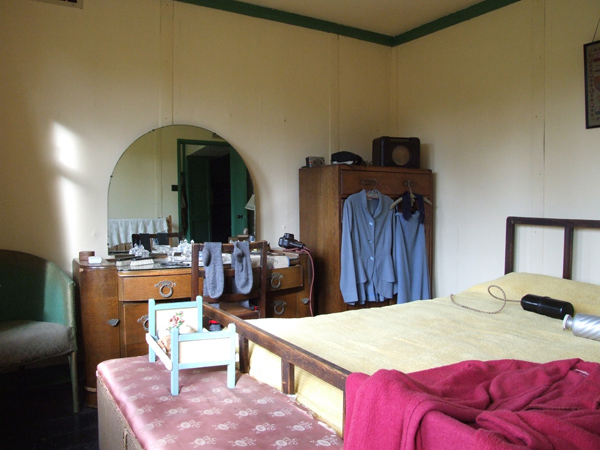 By 1948, it was estimated that at least 15,000 homes had been helped in London alone though this scheme, and the idea had spread to 28 other towns and cities across the country. In 1949, Dorothy de Rothschild, from the Homes and Gardens Department of the WVS, wrote to The Times: “This scheme has brought us into close contact with thousands of tenants of temporary housing estates who had never had any previous opportunity for gardening. Owing to the encouragement brought by a tangible gift, many householders have planted their gardens and have been surprised and thrilled to see them flourish.”

By the early 1950s, with the fear of rationing receding, prefab tenants converted parts of their gardens into a play area for children or into elaborate flowerbeds. Slowly, front gardens were given over to lawns and flowers, a sure sign of social stability. 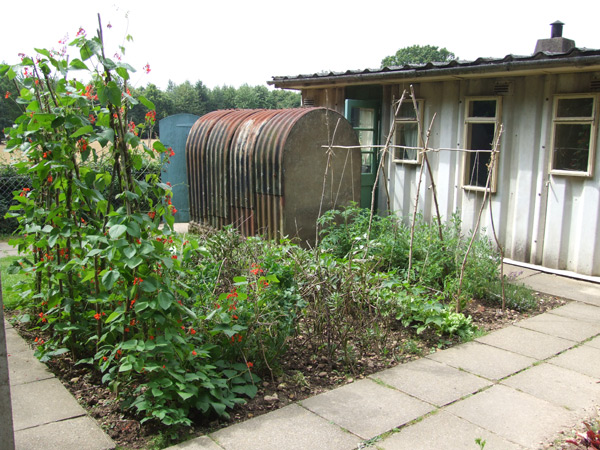 Gardening became a shared hobby among prefab residents. Typical estate layouts, with footpaths, alleys and low fences, encouraged people to look at the neighbours’ efforts and there was certainly a healthy sense of competition. Best garden layouts and flowerbeds garnered prizes and residents were not shy about sprucing up their green spaces with wishing wells and even the occasional gnome.

Prefabs: A social and architectural history by Elisabeth Blanchet and Sonia Zhuravlyova, is out now, via Historic England, £20