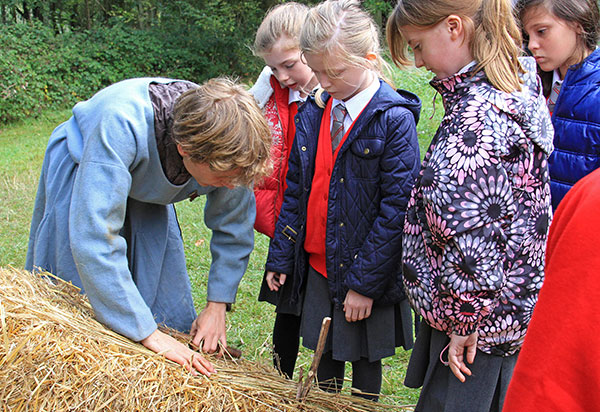 Our Anglo-Saxons school theme day has been developed in consultation with schools to ensure the best quality learning experience.  An Anglo-Saxons theme day consists of one session introducing the Anglo-Saxon era and one further session chosen by the class teacher.

Costumed interpreters will engage with your group to bring different aspects of the Anglo-Saxon era to life.  Children will learn how to build as an Anglo-Saxon as well as reference how Anglo Saxons governed their kingdoms; they will learn how significant the written word became during this period and have the opportunity to practice writing with a feather quill and ink.  Children will learn how to write in runes on a clay rune stone and will leave with a brooch based on real Anglo-Saxon artefacts as found at Sutton Hoo, as well as a large, class collation of quill writing.

One additional session can be chosen from the following